When I lived in Santa Monica, CA. in the '90's I invested in an independent film called "Gabriela" produced by a friend of mine, Steven Swimmer,  and directed by Vincent Miller. I was allowed to visit the set and watch the shooting and meet some of the cast. It was there that I learned that movie making was mostly waiting - like waiting for paint to dry. It was a sweet movie about love and had a mostly hispanic cast.

The mother of the young girl love interest was played by veteran actor Lupe Ontiveros. When the film was finished it was screened for a number of studios and film distributors and as investors it was incumbent upon us to attend as many of the screenings as possible in order to laugh at the funny parts and gasp at surprise twists in the plot.  After you have done this three times it starts to get a little tedious and the laughter doesn't sound all that genuine.

But we liked the movie and the director Vince Miller,  and to get our investment back had to make the effort. One of the best screenings was for Samuel Goldwyn, Jr. the son of Samuel Goldwyn of Metro Goldwyn Mayer (MGM)   He was very nice and gracious and encouraging to Vince and made us all feel good about the movie. He didn't, however, decide to pick it up. We had a good time chatting with him though. Lupe also came to some screenings as well as the opening of the film at a local Santa Monica theatre. She was really funny and just as animated off screen as on. I think she was the most fun of everyone involved and I really liked kidding around with her. 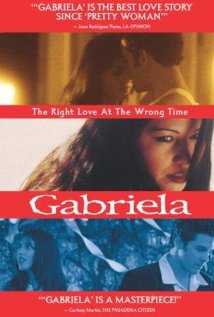