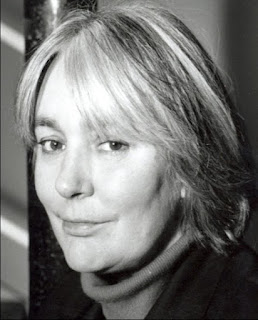 One the interactive language projects we did at the MIT Visual Computing Group was "Direction Paris" by MIT French language Senior Lecturer Gilberte Furstenberg. It consisted of two full length interactive films:  "A la Rencontre de Philippe", the fictional story of a young man changing jobs and looking for a new apartment in Paris, and "Dans un quartier de Paris", a documentary about the Marais neighbourhood where he was looking for an apartment.  "A la Rencontre de Philippe" was directed by Sophie Tatischeff, the daughter of legendary French filmmaker Jacque Tati. I met Sophie in Paris in March 1994, with Gilberte and Alain Giffard who at that time was the Director of Technology for the Bibliotheque de France.

We met at a L'Ebauchoir (http://www.lebauchoir.com/) for lunch. It was the first time I had blood sausage in Paris. Sophie was a great person to talk to about movies and Alain, who's wife Catherine Ficat was then a curator at the Cinematheque France, was equally excited about meeting her. The film about Phillipe was beautifully directed with lots of Tati-like touches. One of the things she was most interested in was sound. She had been the editor on a number of Tati's films - Play Time (1967), Trafic (1971), and Parade (1974) - and learned a great deal from her father about sound production.

Of course, a multimedia film for teaching language was a very rich real estate and Sophie had a lot of ideas that never got implemented for budget reasons. She imagined, for instance, that random conversations in cafes going on behind the main character's dialog could be interactively brought to the foreground so that you could not only hear the scripted dialog but unscripted conversations in "real French". The story might even branch off into the lives of characters in the "background" and off you would go into new worlds and stories that would keep you interested in learning French for a long, long time.  "Can you imagine overhearing something interesting as you often do in a cafe and then being able  to go with it!" The possibilities would be endless.

Sadly Sophie passed away in 2001. After her father's  death she produced a colour version of his 1949 feature Jour de fête using previously unusable colour film elements shot simultaneously with the monochrome stock. In 2001 she also re-constructed his 1978 short film Forza Bastia.

She was an amazing person and that lunch in Paris with her, Gilberte Furstenberg, and Alain Giffard will always be one the best experiences I've ever had.